Social media is one of the most powerful tools for promoting your company. It’s inexpensive, can reach a vast audience and is flexible. But it can also be dangerous, if mishandled. And because of the viral nature of the Internet, one false move can quickly spiral into a corporate public relations disaster. 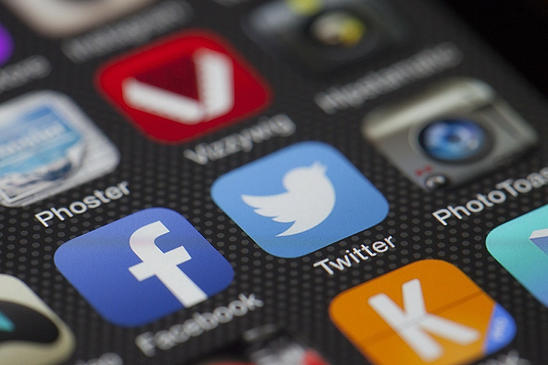 Here are a few examples:

J.P. Morgan Chase held a Q&A session on banking open to the public. But the timing was bad, and the long-planned session went on in the midst of the Occupy Wall Street Crowd. Instead of softballs, the company got tough questions on fraud and corporate profits

American Apparel, promoting the Fourth of July, wanted to put pictures of fireworks exploding in a social media post. A young employee picked a rather striking explosion and posted it. The image was of the 1986 Space Shuttle Challenger explosion, which happened before the employee was born.

The day after the Aurora, Colorado theater shooting, a fashion design company saw the list of trending terms on twitter and, not having checked the news, thought they had hit it big time, tweeting, “#Aurora is trending, clearly about our Kim K inspired #Aurora dress ;).

British retailer, HMV, laid off dozens of employees, including its social media workers, but forgot to revoke their account access. The company’s official twitter feed included this tweet: “We’re tweeting live from HR where we’re all being fired! Exciting!!” 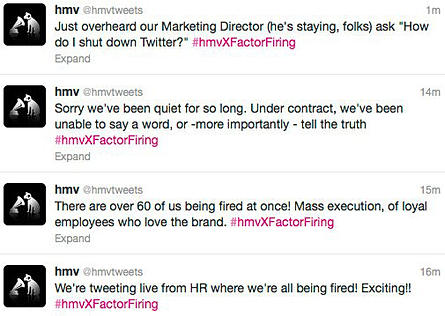 These sorts of disasters – all of which caused serious damage to the company brands – are almost enough to scare businesses away from social media. But these high profile flubs are completely avoidable with proper protocols in place. Most social media disasters come from inexperienced staff, operating without oversight or editing, and no company protocols. Social media is a powerful tool, but like any tool, it needs a strong set of guidelines to keep it from turning against you. While there are dangers out there, deliberate and smart social media can grow your company brand.