Governor Greg Abbott and the Priorities of Texas

Governor Greg Abbott and the Priorities of Texas

Governor Greg Abbott, in his state of the state speech this week, outlined his biggest priorities for the 84th Legislative Session.

How does that stack up against the priorities of Texans? In Crosswind’s October Texas Pulse Survey, we chronicled the top issues facing the state’s voters. Immigration was by far the biggest, at 35 percent, and education came in second at 17. Jobs and the economy was next, at 12 percent. Transportation was lower on this list, but the question was the No. 1 issue, and clearly transportation remains the second or third most important issue for many Texans who chose others first.

Abbott clearly knows what Texans want, and he’s set out an ambitious agenda for a first-term governor to achieve it. 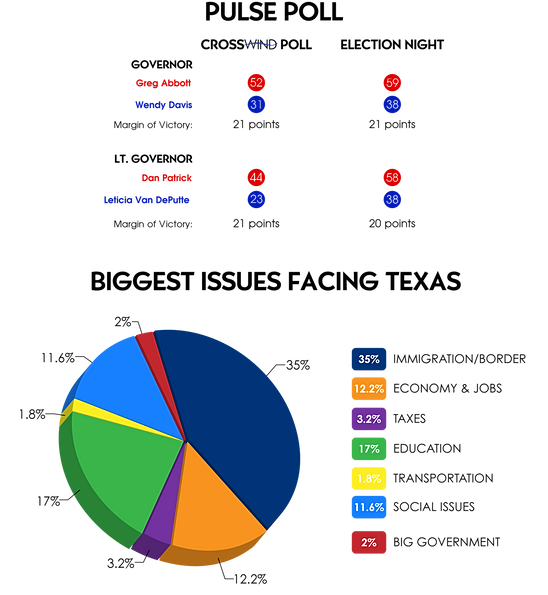