In this issue of Branding Texas: Governor Abbott calls for a special session and tells the nation that he will keep building that wall, Austin is flooded with Californians, Kyle Larson’s NASCAR victory at the Texas Motor Speedway had a cowboy spin, Texas highways welcome road trips, Michigan robots set to invade Texas, More grid glitches may keep Texas power in the news this hot, humid summer, Texans go for gold, “Pride” cookies from tiny Lufkin TX bakery get national backing. 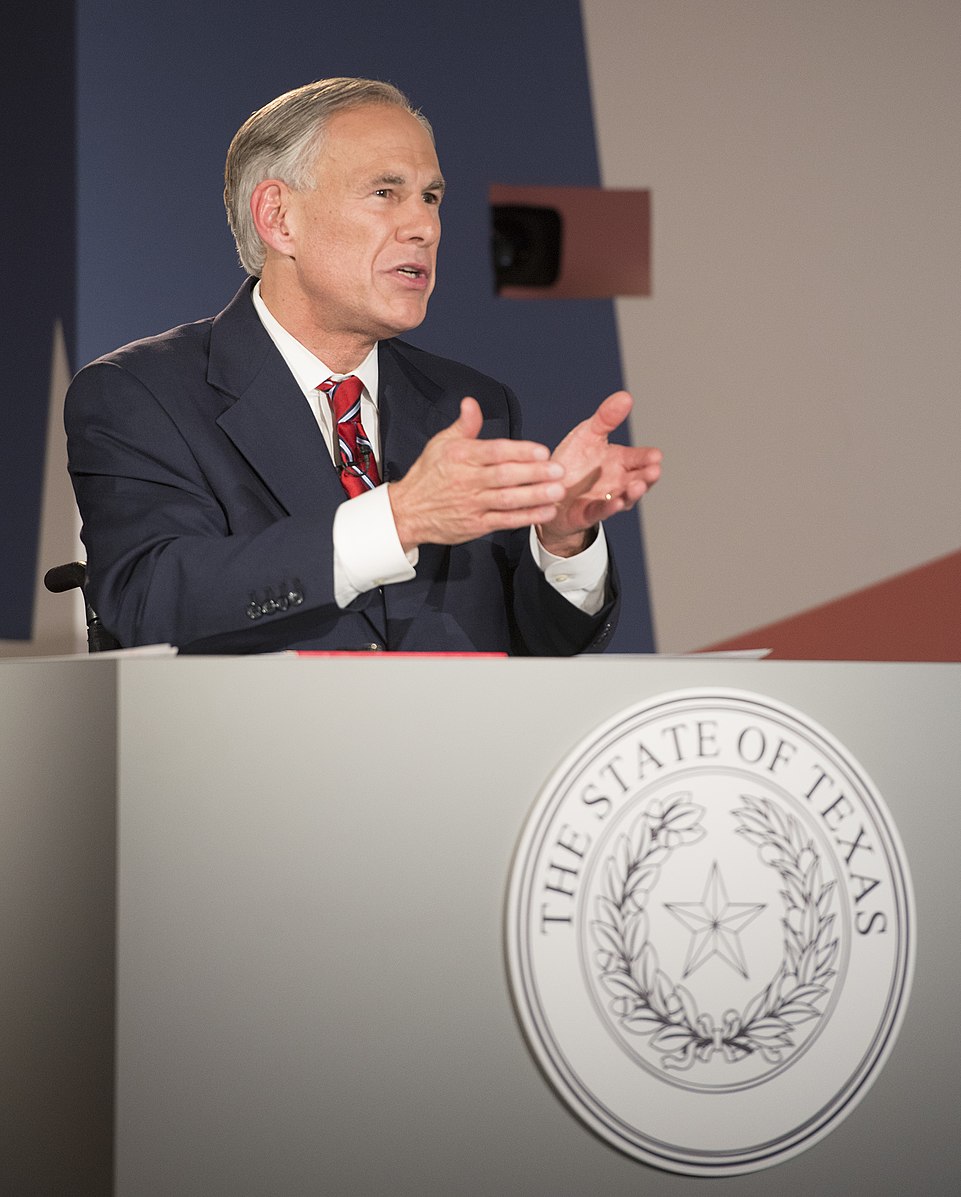 Now that Governor Abbott has called for a special session, everyone is eying the Lone Star State, offering their theories on what will happen next.

Mr. Abbott has yet to set an agenda for the special session, but most assume the session will respond to Democrats’ staged walkout preventing the passage of new voting standards in the state.

CNN speculated that Abbott will attempt to “revive a slew of new voting restrictions” encapsulated in SB7. According to CNN, the bill intends to promote “election integrity” through increased information requirements for mail-in voters, and reduced early voting.

The New York Times noted that this session essentially “restarts the clock”, allowing state Republicans to address voting laws and other legislative goals like the overhaul of the state’s bail system.

Gov. Abbott also grabbed national headlines and increased tension with the Biden administration after proclaiming that “while securing the border is the federal government’s responsibility, Texas will not sit idly by as this crisis grows.”

A recent New York Times article detailed the Governor’s plans to immediately increase law enforcement presence along the state’s border and construct border barriers. His announcement was met by a “thundering applause. ”

According to the Financial Times of London, the southern U.S. border has experienced a surge with U.S. Border Patrol encountering 180,000 migrants this May compared to just 23,000 in 2020. Republicans blame the Biden Administration’s dismantling of Trump-era immigration policies. Governor Abbott remains adamantly opposed to the new administration’s border efforts and insists that immediate, aggressive action is necessary.

The nation’s leaders are flocking to the Texas border to offer expertise – or photo ops.

USA Today recounted Vice President Harris’s recent trip to El Paso, describing her visit as diplomatically focused on the “root causes of migration.” Former president Trump also made visit to the Texas border, about 800 miles southeast to Pharr, Texas, where Republicans are making a comeback among the traditionally Democratic region. The New York Times detailed his recent trip, during which Trump “denounced the Biden administration” and Governor Abbott announced that Texas is “stepping up” where Republicans feel the current administration is failing. The Washington Post reported that Governor Abbott will be “using every tool available” to finish border wall construction.

According to the San Francisco Chronicle, Austin grows by 180 residents every day. Californians seem to be the driving force behind the surge. Tech companies relocating and hiring in Austin surely helps, but the true push factor seems to be lifestyle. Golden State residents are retiring their surfboards, green juice, and the Pacific for BBQ, rolling hills and the friendly, Texan spirit.

One couple that recently made the move told the Chronicle, “I feel like we have more friends here now than we’ve ever had in California. People were so welcoming and friendly.”

The surge aids Austin’s growing presence on the national stage. Ray Shapley, a top real estate broker and Austin native, told the Chronicle “I think that we’re seeing this massive restructuring or migration in the U.S. right now. I think the last few decades kind of belong to California. I think the next few decades might belong to Central Texas.” 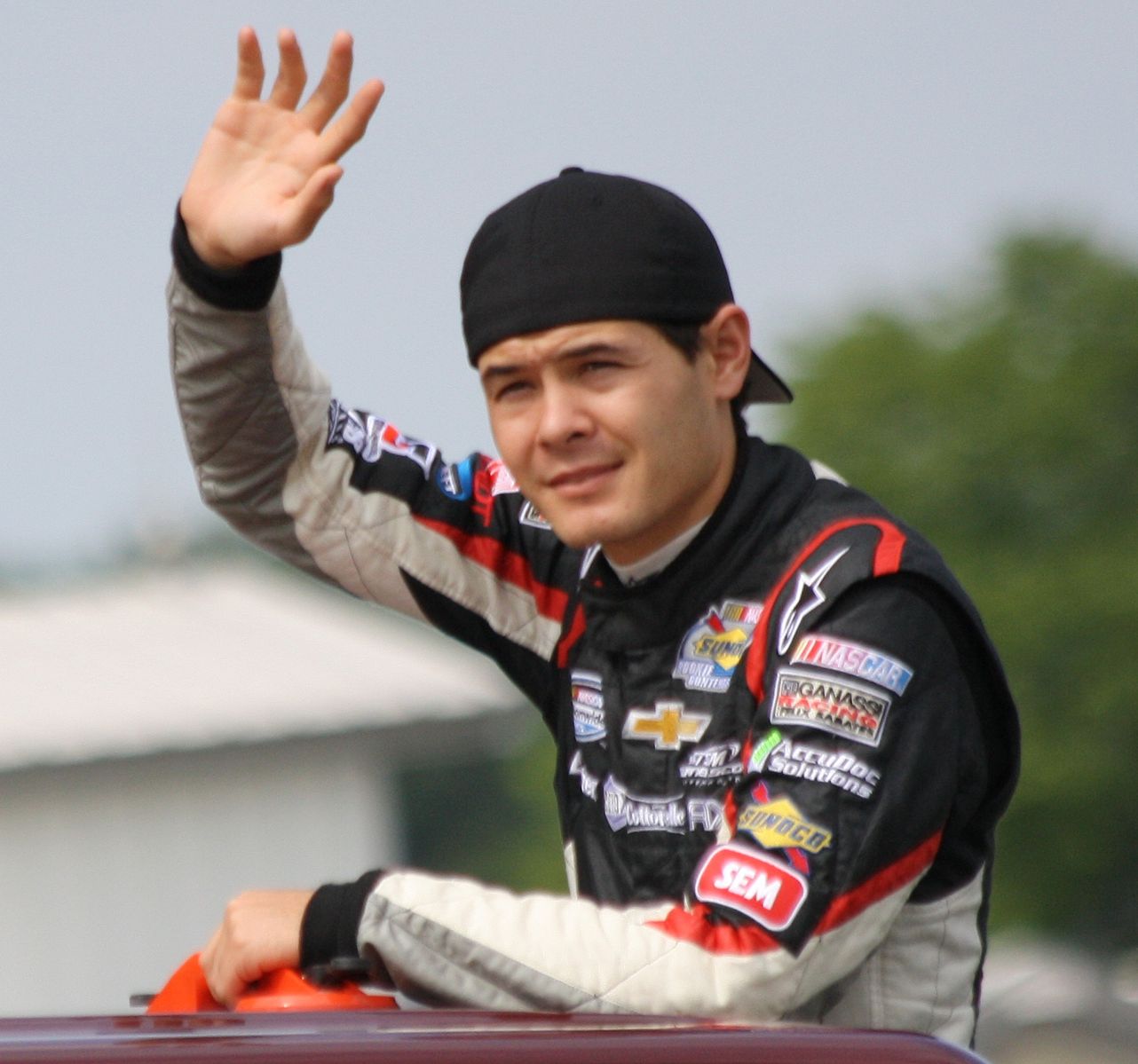 The race marked Larson’s fourth trip to Victory Lane this season and his second All-Star victory, making him the eighth two-timer in NASCAR All-Star history.
Fort Worth hosted the race and provided a Texas spin on NASCAR tradition—the Washington Post reported saloon doors and a cowboy façade to welcome the drivers.

The Lone Star location was especially meaningful for Texas Motor Speedway president Eddie Gossage. In May, NASCAR announced Gossage’s retirement after over 3 decades of leadership. Throughout Gossage’s tenure, the Speedway hosted countless NASCAR and IndyCar races—even the Rolling Stones and Willie Nelson paid Gossage a visit.

The Washington Post described the race as “a sendoff and full-circle finish” for the old-school race way legend.

Road trippers search for the best barbecue in Texas

No summer is complete without a good, old-fashioned road trip, and nothing beats traveling the Texas highways. 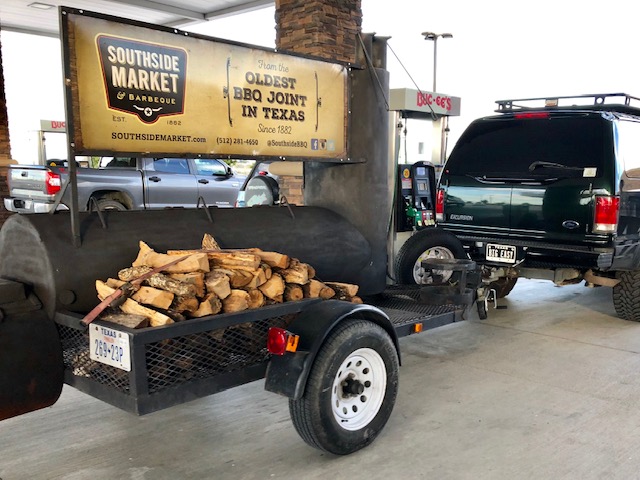 Last summer, stay-at-home orders kept the roads quiet. Now, travelers from coast to coast have gone to Texas. Kent Babb of the Washington Post chronicled his road trip to the Lone Star State in search of the best brisket money can buy. Lucky for him, from Snow’s to Hays County to Valentina’s Tex Mex BBQ, you can’t go wrong and there’s never any shortage of tender, smokey meat.

Speaking of road trips and Texas BBQ, here’s a personal aside:  My daughter Bailee insisted on having authentic Texas mesquite BBQ served at her wedding, which occurred in Nashville.  Yours truly turned to Southside Market & BBQ in Elgin, the state’s oldest continually operated BBQ establishment and our good friend Adam Muery, an attorney and accomplished pit master, for assistance.  Adam and I hauled a smoker loaded with wood and six ice chests of meat to Nashville.  After more than 24 hours of tending the smoker and 13 briskets, turkey and sausage for 200, guests still rave about the dinner, and Adam and I still laugh about the road trip.

Austin? We have robots.

It’s been hard to keep track of the masses migrating to Texas. The latest making their way to the Lone Star state, however, will be hard to miss. 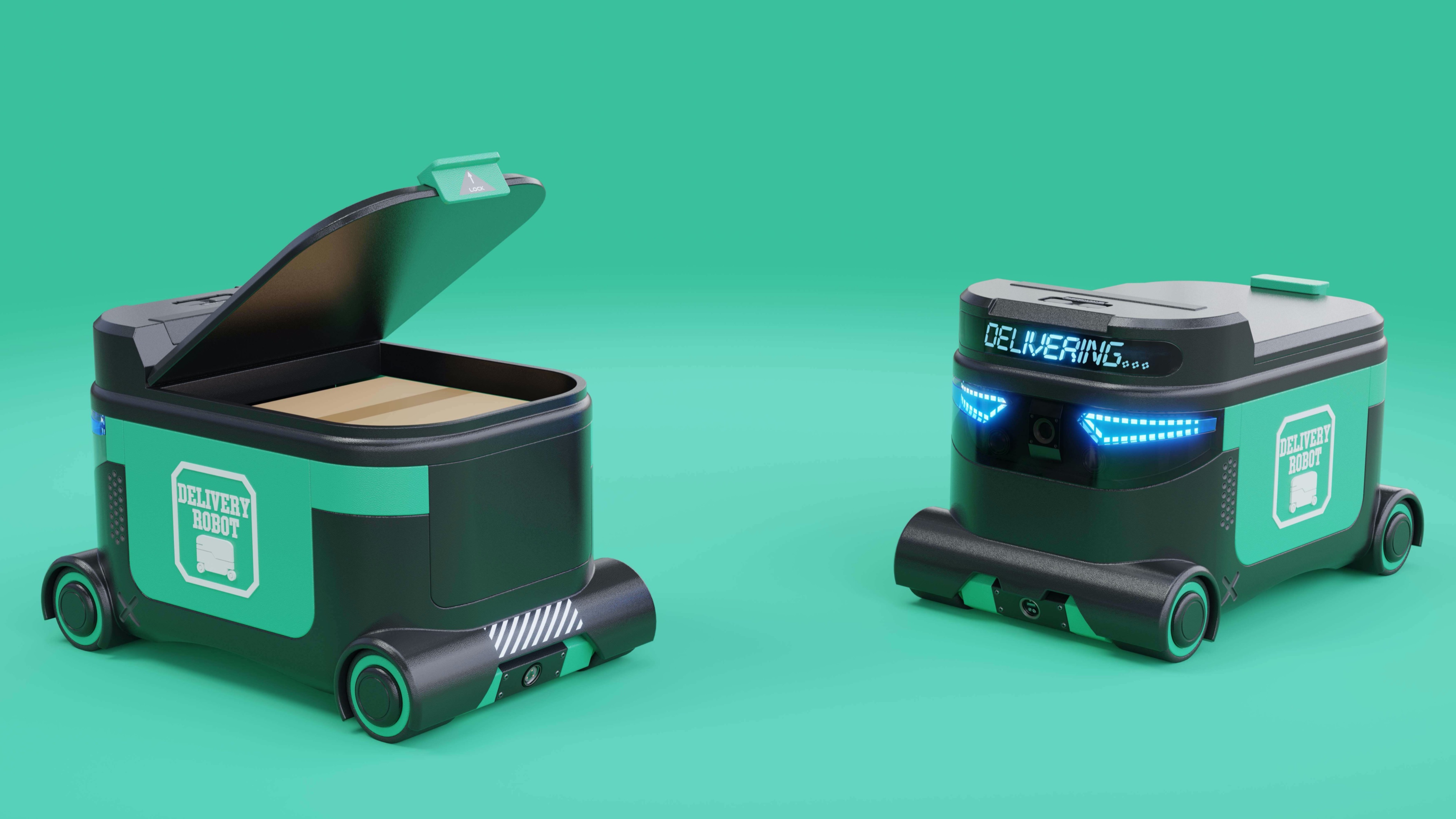 Refraction AI announced their robotic delivery service venture will be expanding its Michigan-based operations to the Lone Star State. Chris Albrecht, Editor in Chief at The Spoon and food-tech expert, reported that REV-1 robots will soon hit the streets of South Congress, Downtown and Travis Heights, answering the city’s growing demand for expanded food delivery services.

The robots, allegedly bigger and faster than previous models, are designed to operate in suburban areas. Austin’s debut fleet will feature ten robots, serving Southside Flying Pizza. After placing pizza orders directly through the restaurant, customers will receive text notifications with arrival information and unique codes to unlock the robot and grab their grub.

Next time you take a drive downtown, be sure to keep your eyes peeled and steer clear of robots.

Northerners scoffed; Midwesterners shook their heads. Don’t Texans know how to handle a little cold?
Unfortunately, we did not nor did our energy grid. 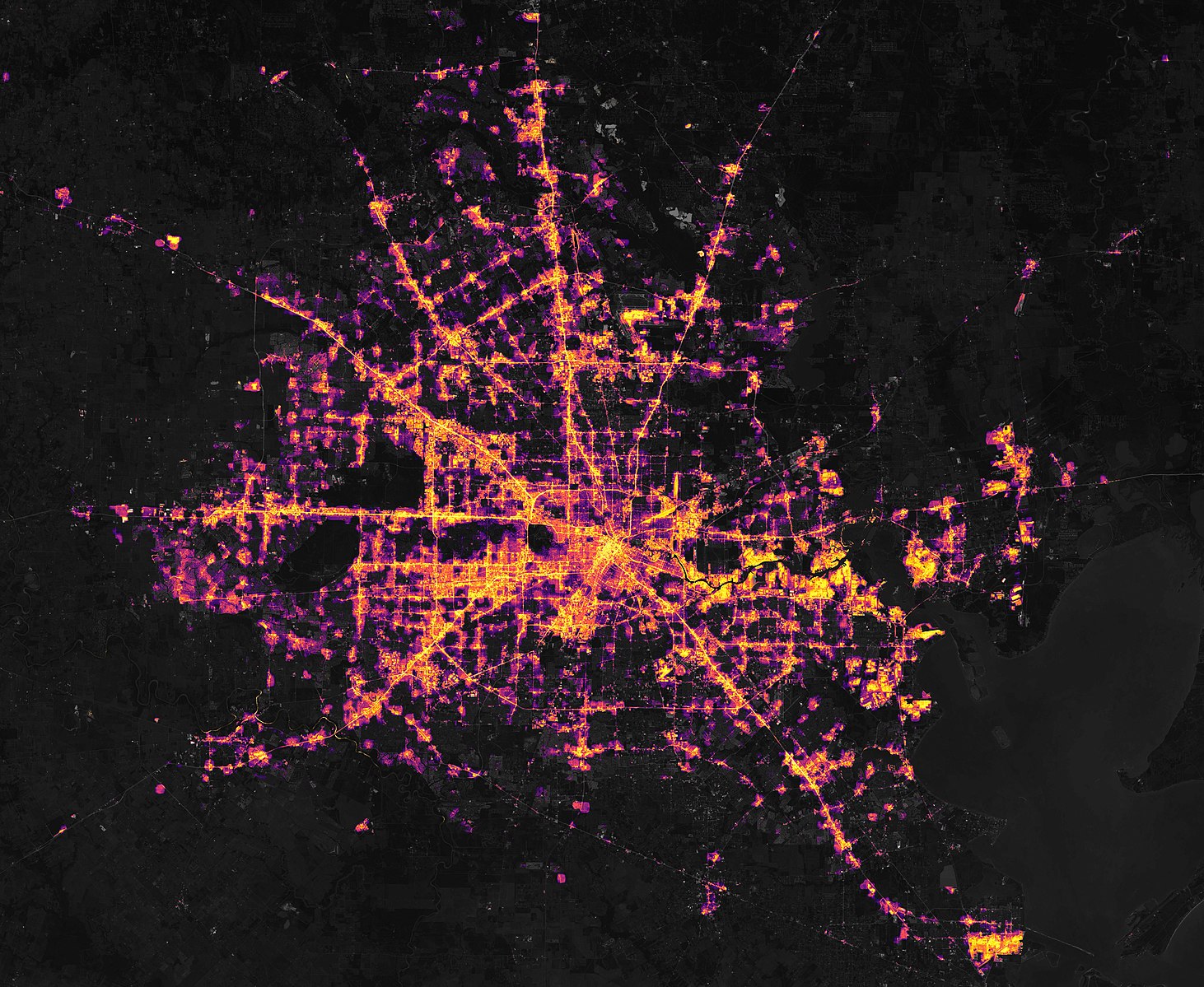 February’s severe storms buried Texas in snow and left 4 million residents without heat or access to clean water—no one was prepared for the chaos and destruction this winter’s weather would create.

Hopefully, however, changes are underway to ensure we’re prepared for the next storm to test Texas. ABC News reported that Governor Abbott signed a new bill to reform the Texas power grid and prevent future disasters. The bill includes directives to upgrade power and gas facilities, weatherize the power grid, institute emergency requirements and create an alert system to warn for inclement weather threats and potential power outages.

As Texans attempt to escape the summertime heat and humidity, however, energy issues persist. Senior Electric Reliability Council of Texas official Warren Lasher told NBC News that his group (which oversees 90% of Texan energy production) is “deeply concerned” as unplanned outages across the state reveal deeper mechanical flaws in the state’s system.

Whether the freezing temperatures of February or the smoldering summer heat, experts across the country worry that current reform efforts will fail to prevent disaster. Houston Democrat and State Representative Jon Rosenthal told NPR News that the bill is “just not enough”: “In the end the product that came out of this body is not strong enough to ensure that we won’t have another catastrophic event.”

Unfortunately, with summer heating up and Texans blasting their ACs 24/7, it seems its back to the drawing board on energy reform.

It looks as though the Lone Star State will be well represented in this year’s Olympic Games.

Spring, Texas’ Simone Biles will lead the U.S. women’s gymnastics team as the only 2016 Olympian to return. It’s no secret that Biles is the best. She’s commonly referred to as the greatest gymnast in the world. The New York Times described her historic, seventh U.S. Championship title as “no surprise”—her performance leaving “no doubt” in Biles’ ability to dominate the competition.

Following victory in Fort Worth, Biles and 17 hopefuls headed to Olympic trials. Among them are Skye Blakely of Frisco, Jordan Chiles of Houston and Emma Malabuyo of Dallas.

NBC Sports described Chiles as a stand-out and top contender. A recent New York Times spotlight detailed Chiles’ journey to Tokyo and her friendship with Biles. The two will be an unstoppable duo. 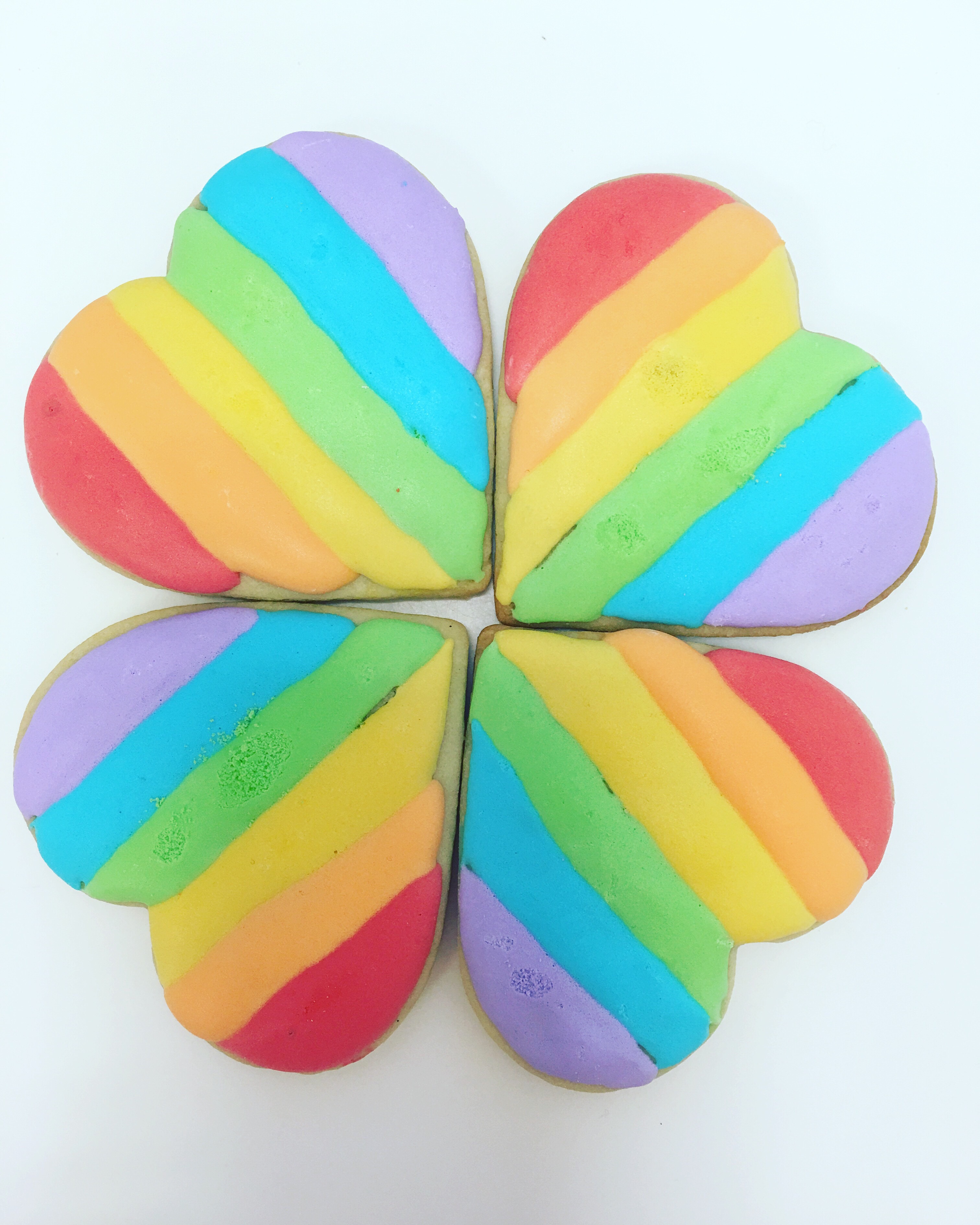 The reaction, however, wasn’t all bitter. As news of the uproar spread, feedback turned sweet. The East Texas bakery received an outpouring of love, “likes” and national headlines.

The Today Show, CBS News and NPR highlighted the bakery’s growing support online: the bakery’s Facebook page gained followers by the thousands and cultivated comments from users as far as Minnesota, New York, Canada, Brazil and even the United Kingdom.

Owner Dawn Coley told CNN that the bakery had never offered “Pride” cookies before and that she was “simply trying to be inclusive.”

Her sweetness was reciprocated. Following the incident, Confections experienced more attention and orders than ever before. With a constant line around the block and sold-out stock, the bakery’s three-man team has been working overtime to meet the overwhelming demand.

Even Mark Cuban is waiting on his own order of Confections cookies, messaging the bakery via social media: “When things slow down a bit, let us know if shipping is possible. I’d like to support you.”