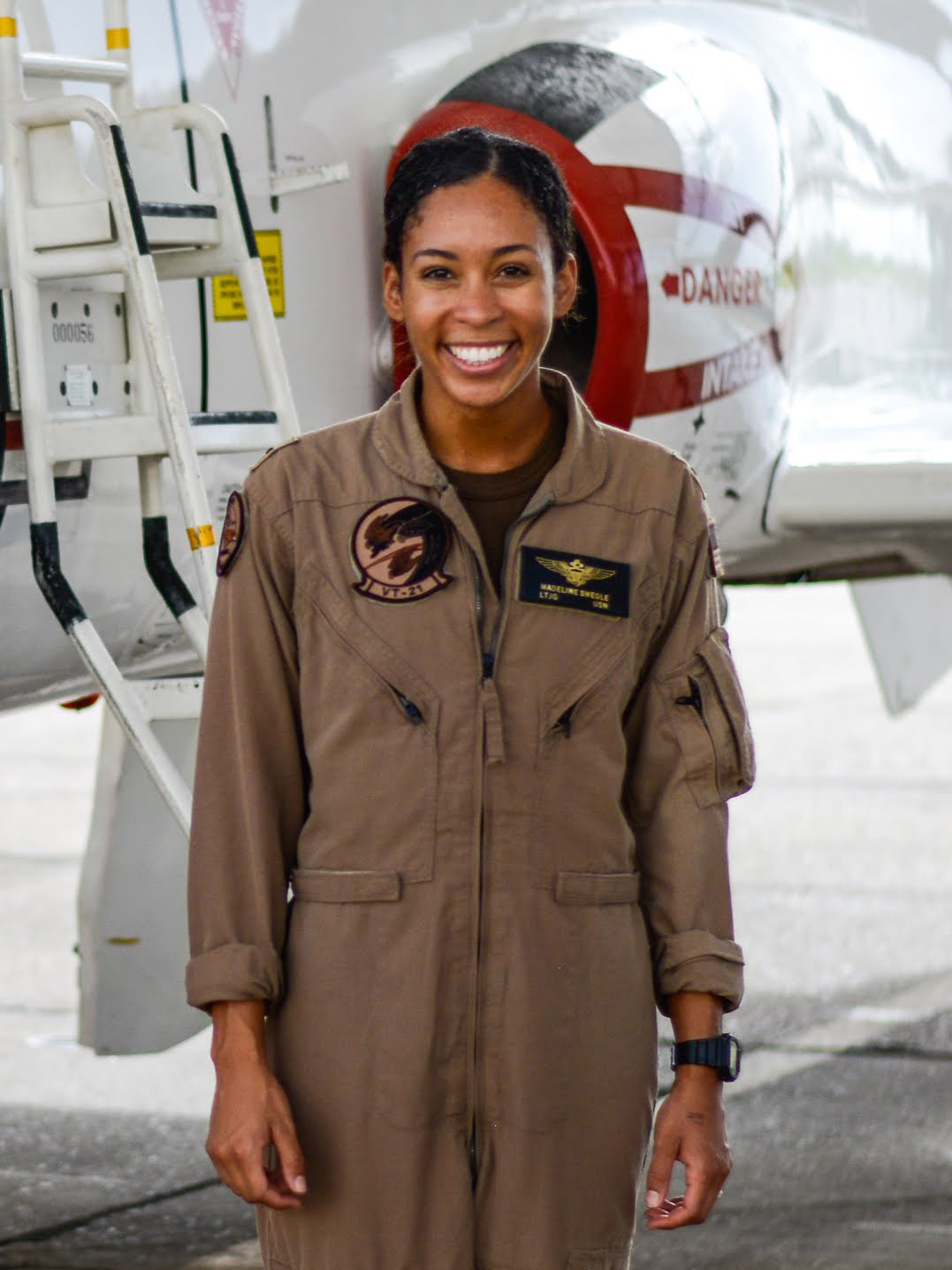 I grew up in Bee County within range of Naval Air Station Chase Field, now gone to history, but always thrilled as a free-range kid in South Texas looking to the sky at the overhead screaming fighter jets coming and going on training missions. That decommissioned airfield’s replacement, Naval Air Station Kingsville just south of Corpus Christi, was in the national news last month when LTJG Madeline Swegle, now assigned to the Redhawks of Training Squadron (VT) 21, became the Navy’s first Black female fighter pilot on the Kingsville base. Maddy Swegle is a 2017 Annapolis graduate, as was her father, Carey Manhertz.

Graduates of the Navy’s tactical air program here in Texas generally go on to fly F/A-18E/F Super Hornets, EA-18G Growlers or F-35C Joint Strike Fighters. The first woman on record to fly a tactical fighter was Rosemary Mariner (born in Harlingen, Texas), back in 1974. The first African American woman to become a Navy flight instructor was Brenda Robinson who did so back in the 1980s. Robinson earned her own USN wings of gold in Texas and became only the second woman in history to carrier qualify.

NAS Kingsville trains 50 percent of the U.S. Navy and Marine Corps’ tactical jet pilots, which makes nearby Corpus Christi and Padre Island a very noisy place to live, but it is a place where that noise of freedom is always welcome.

The tech world is taking notice of the efforts of San Antonio’s USAA to ease the efforts of veterans with disabilities to access its services. USAA was founded in Texas by a group of 25 U.S. Army officers as a mechanism for mutual self-insurance when they were unable to secure affordable auto insurance. Today thousands of active duty and retired military use USAA’s full banking and insurance services. The USAA Federal Savings Bank now holds more than $60 billion in deposits from more than 6 million accounts.

Meriah Moulton-Garrett, chief of graphic design at USAA, recently was included in the “Most Creative People” listings of Fast Company magazine: “After joining USAA in 2016, she helped with the design of the first voice-guided remote check-deposit capture for the visually impaired. Last year, she made accessibility an imperative across USAA, requiring relevant documentation to accompany each product update and rewarding employees for incorporating accessibility into their work with points they can use for discounts on their health insurance.”

Garrett is Austin-based and is now working on a USAA project addressing the online needs of members with Alzheimer’s – veterans with PTSD are more than twice as likely to develop that disease. 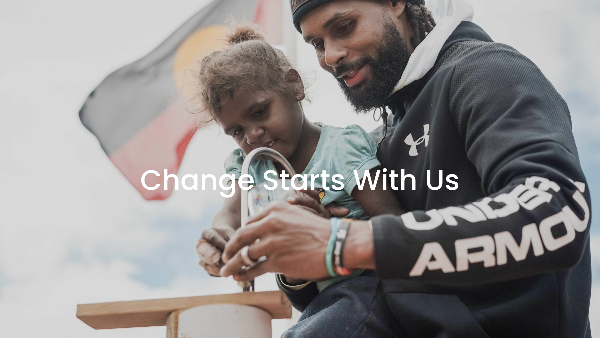 The New York Times reports that Spurs point guard Patty Mills has donated about $1 million to Black Lives Matter Australia, Black Deaths in Custody and a new campaign – We Got You – that he launched himself to support athletes facing racism in his Australian homeland.

Mills’ mother is Aboriginal and his father is from Torres Strait Islands where the indigenous population is also predominantly Melanesian, but culturally and linguistically different from Aboriginal Australians. The Times story details the discrimination that Mills’ family suffered in Australia, and the mark it left on Mills.

Mills came to the Spurs in San Antonio in 2012 and has been a consistent star ever since, re-signing with the team in 2017 with a $50 million contract but rumors this month are that the Spurs are grooming the popular player for a coaching job.

The federal government has reserved a state-of-the-art bio-manufacturing facility in College Station for mass production of a COVID-19 vaccine from Novavax Inc. Crosswind was agency of record for Texas A&M University System when vice chancellor Brett Giroir led the System’s successful effort to bring the huge federal bio-defense program to Texas – the biggest single federal contract since NASA landed in Houston.

Dr. Giroir is now Assistant Secretary for Health at HHS and, with the rank of Admiral in the uniformed U.S. Public Health Service, serves as the federal government’s principal ramrod for Operation Warp Speed – a massive federal program to manufacture and deliver 300 million doses of approved COVID-19 vaccines to Americans by the end of January 2021.

FDB is expected to use the reserved capacity at one of its College Station facilities for the COVID-19 vaccine candidate of Novavax, Inc., NVX-CoV2373. 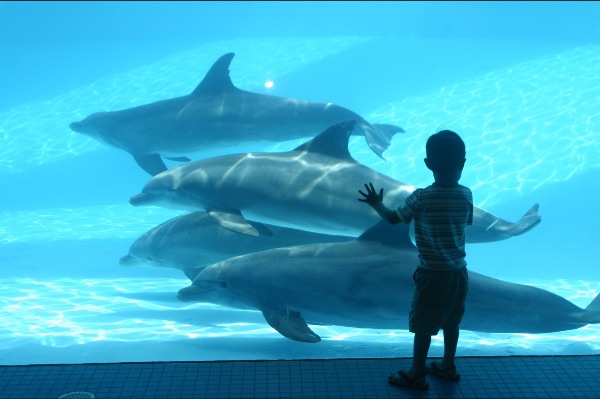 TheTravel, a popular global travel website, has included the Texas State Aquarium in Corpus Christi in its list of 10 must-see aquariums in the U.S. The aquarium’s rising status, also noted in a top-five list from USAToday earlier this year, now has more than 171,000 feet of exhibit space and was drawing more than 500,000 guests a year before the pandemic.

Tom Schmid, the aquarium’s dynamic president and CEO, noted he was “even more pleased to see how TheTravel recognizes the aquarium’s roles as not just attractions, but as important conservation and educational institutions.”

The Texas State Aquarium reached out to more than 82,000 Texas children last year and has become the principal conservation guardian of aquatic life in the Gulf of Mexico that forms the southern perimeter of the U.S. with a shoreline stretching from the Everglades in South Florida to Las Palomas Wildlife Management Area in Texas.

‘Curbside Larry’ encourages use of Houston libraries during the pandemic 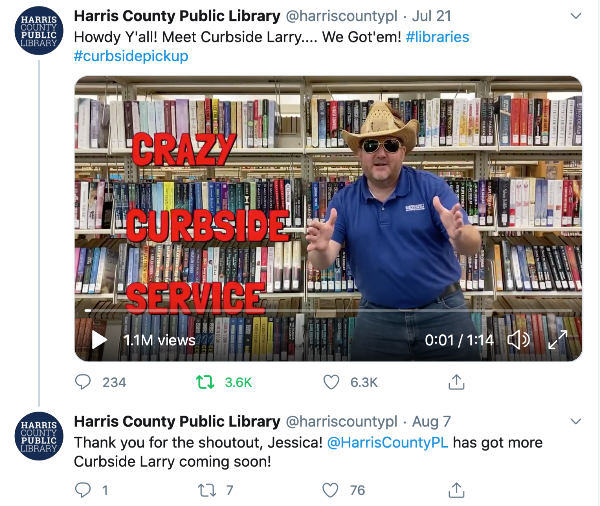 The New York Daily News took notice of a crazy but amusing Twitter video campaign by Houston’s Barbara Bush public library branch. A character called Curbside Larry strolls the halls of the library extolling the facility’s new, safe curbside services, claiming he and the staff can satisfy all their “reading, research and entertainment needs.”

The ads seem to have reminded the New Yorkers of their own local and legendary Crazy Eddie TV ads from the 1980s which hustled pre-cell technologies like video cassettes and Walkman tape players.

Curbside Larry is a great campaign, especially in this COVID environment when we could all use a reminder that great escapes to faraway places can be found at our local library.

Have a good read and stay safe.