In this issue of Branding Texas: Texas displays prominence in our nation’s space program as astronaut Charlie Duke is declared “Texan of the Year” and NASA controllers maneuver the space station around space junk; George P. Bush’s bold “Ike Dike” plan gets international attention; two Texas drinking buddies thrill publishers with a new novel about drug cartels; the powerful county clerk of Travis County is a now nationally recognized evangelist for new election technologies; a backyard gardener in Harris County becomes a TikTok star and guru to a global audience of hundreds of thousands; a partying Texas Tech student quits the Alpha Phi sorority after bragging about COVID infections in an internet video; Trump supporters take to the waves on Lake Travis and promptly sink five boats. 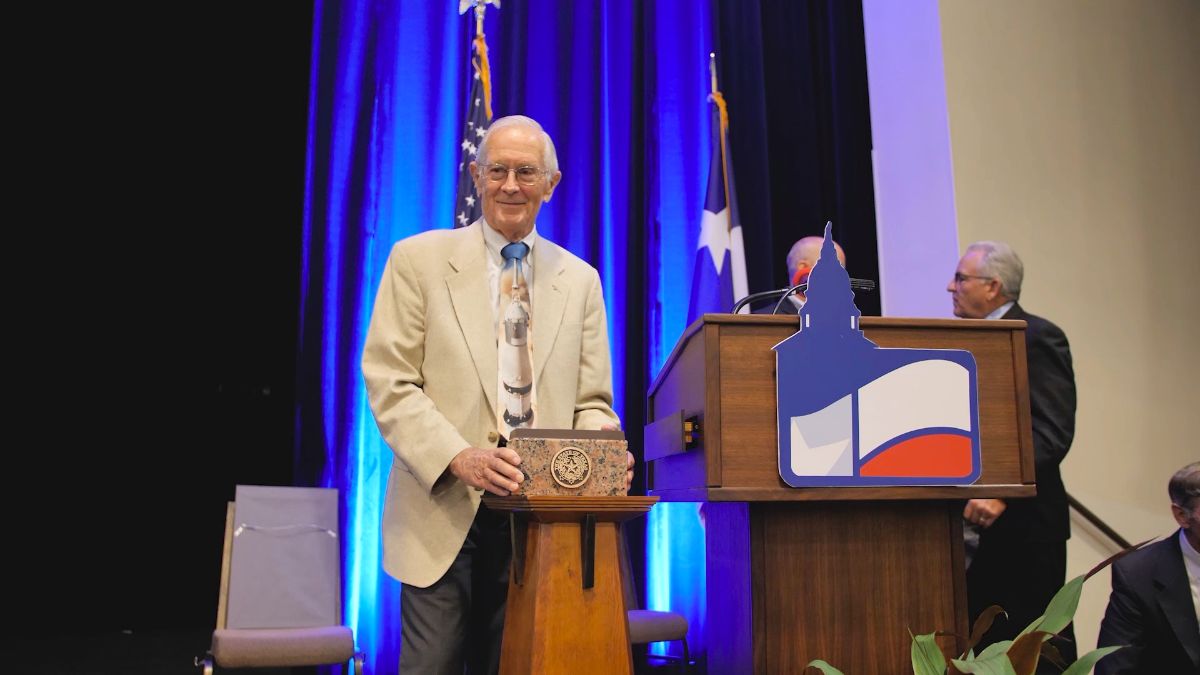 Astronaut Charlie Duke: To infinity and beyond

NASA Johnson Space Center, south of Houston, doesn’t ordinarily get much attention these days, although it is still the principal controller of what goes on aboard the International Space Station. This week the world space tech media did take notice when Houston flight controllers suddenly ordered an emergency maneuver of the entire station to avoid collision with a bit of space junk that might have wreaked havoc on the most expensive erector set ever built, which is generally orbiting 250 miles above the surface of earth. 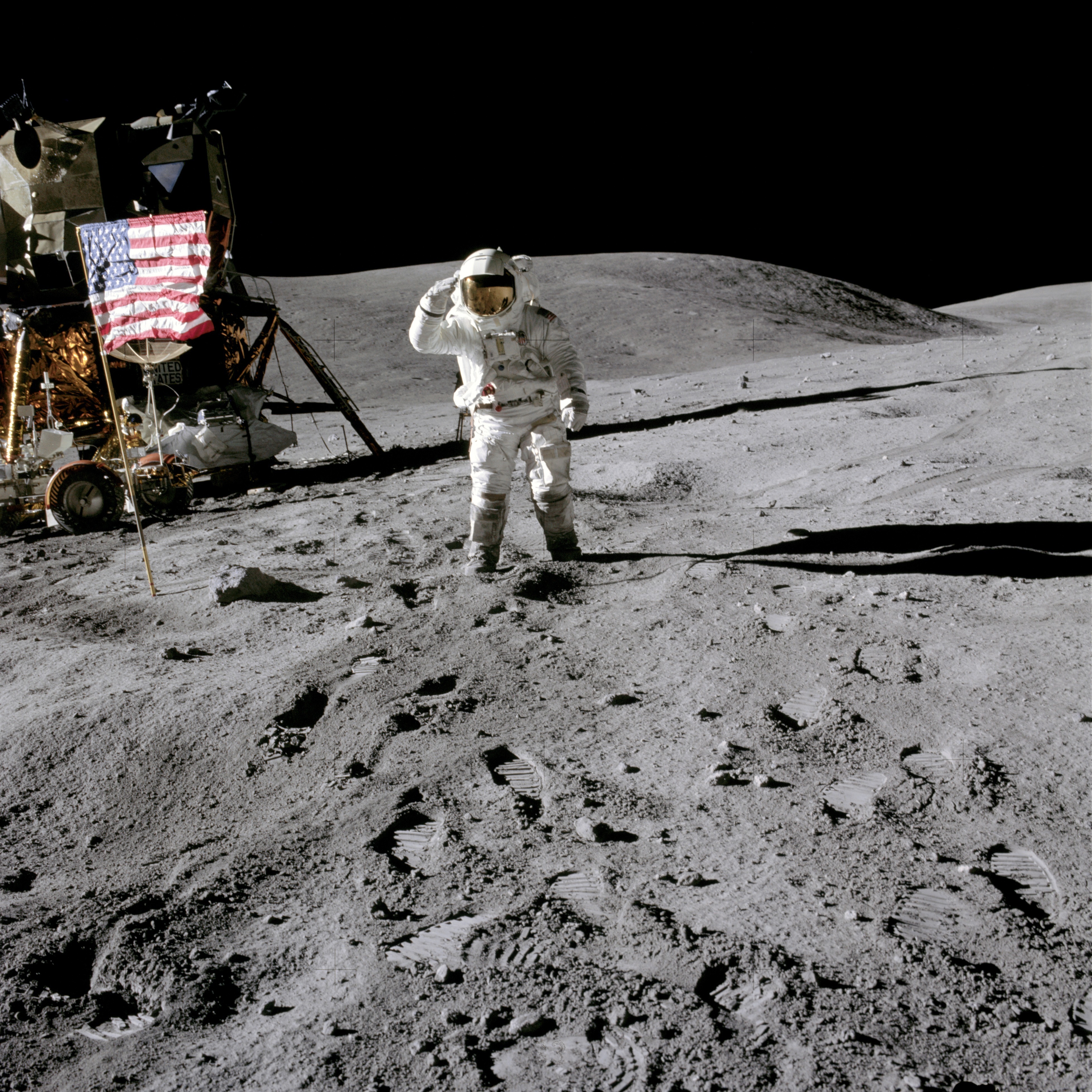 NASA was also looking out this month for new candidates to take that best of jobs on Earth for human spaceflight aficionados – the position of flight director, ultimately in service to the agency’s projected manned missions “to infinity and beyond” … well, first to the Moon and to Mars sometime in the next decade.

Once assigned to Houston, many of NASA’s controllers and astronauts end up retiring
here in Texas. Astronaut Charles Duke, born in North Carolina, is a close pal of mine who chose Texas as his permanent home decades ago. Charlie still has the enthusiasm for space of a real-life Buzz Lightyear. He was the tenth human to walk on the Moon’s surface, but Charlie is best known to the public for his brief stint in the Houston control bay in 1969 as “CapCom” – the controller in communication with Neil Armstrong as he made that first harrowing descent to the surface on July 20 of that year.
Charlie now lives in New Braunfels, a town first settled by German immigrants (they named the town “brown rock” – it wasn’t a compliment) tricked in Europe by 19th Century real estate touts into leaving green, fertile Bavaria for the parched flatlands north of San Antonio. Charlie was recently selected by the Texas Legislative Conference as Texan of the Year, and we are honored he adopted Texas as his home state.

Can the bold “Ike Dike” finally protect Texas from its endless cycle of hurricanes and floods? 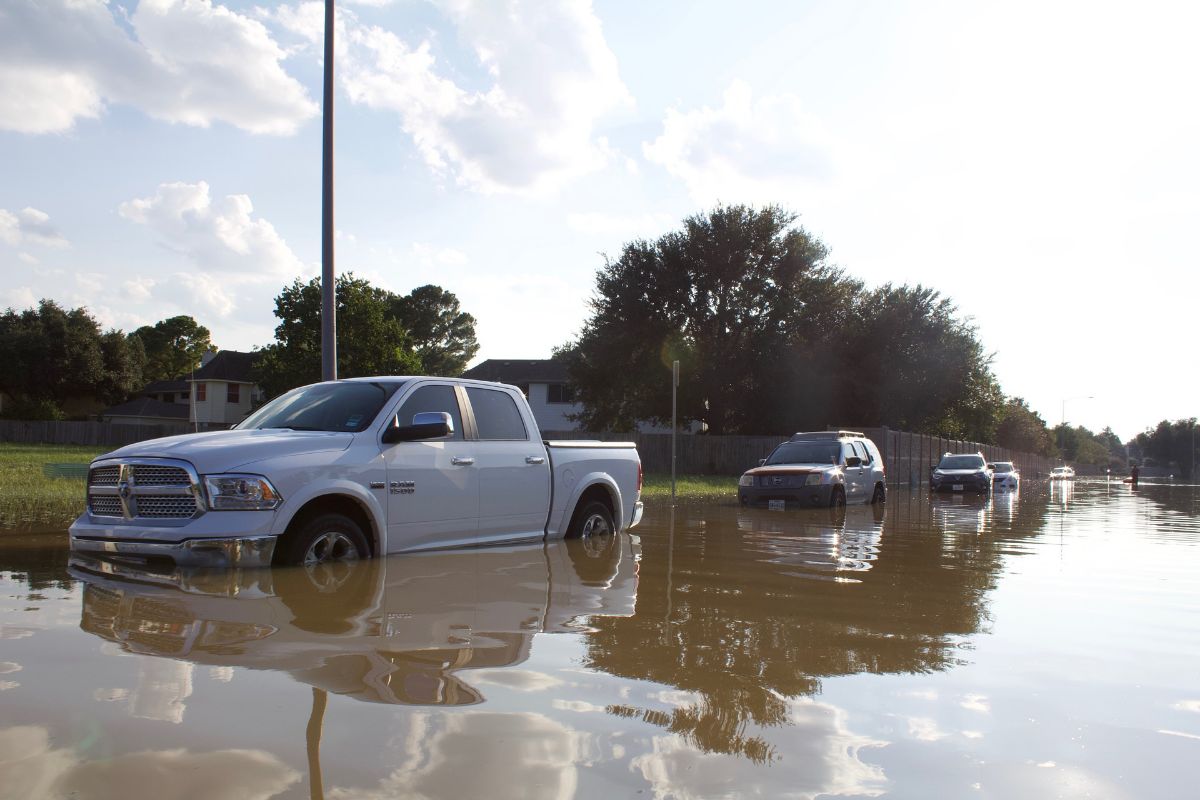 The relentless wet whack of hurricanes along the Texas coastline never fails to horrify global media which relishes tales of brave and drenched Texans. The bigger each Texas weather tragedy, the greater the interest from international media and disaster evangelists on the internet.

The more sober national media are now showing productive interest in Lone Star proposals to finally build a permanent, more Holland-like protective barrier against storms – a network of sea walls, surge gates and other infrastructure. The project, familiar to Texans as the Ike Dike proposal (named after the damage from 2008’s Hurricane Ike), would now cost as much as $31 billion and take a decade to design, permit and complete. The project’s most visible activist is Texas Land Office Commissioner George P. Bush who has been asking since 2017 for federal cost-share agreements to accelerate the construction.

Collaboration rarely works in writing successful novels, but two Texas drinking buddies are getting national media attention for a new crime thriller they wrote together. Jon Marc Smith and Smith Henderson tag-teamed, over beers and at bars, writing Make Them Cry – featuring tough-as-nails fictional DEA agent Diane Harbaugh who takes on drug cartel heavies in an odyssey from Los Angeles to Mexico.

The ticket to ride in literature these days is a Master of Fine Arts in English degree, it seems: Smith, still teaching at Texas State University in San Marcos, earned his MFA at Texas State and Henderson finished his master’s at the University of Texas (which is also where best-selling author Philipp Meyer began conjuring up his book-plus-series The Son).

Henderson did creative time on the writer’s staff for Meyer’s AMC series and it is almost a given that the new book will get a nibble from Hollywood, once the film industry can take off its masks sometime next year.

Dana DeBeauvoir, the forceful chief clerk and election administrator of Travis County, has become the nation’s foremost advocate for advanced election technologies. A lengthy September story in Wired Magazine, flagship of the U.S. tech industry, chronicles DeBeauvoir’s fierce battle for new electronic voting and vote-counting machines to augment her assurances to the county’s voters of fair and secure elections. 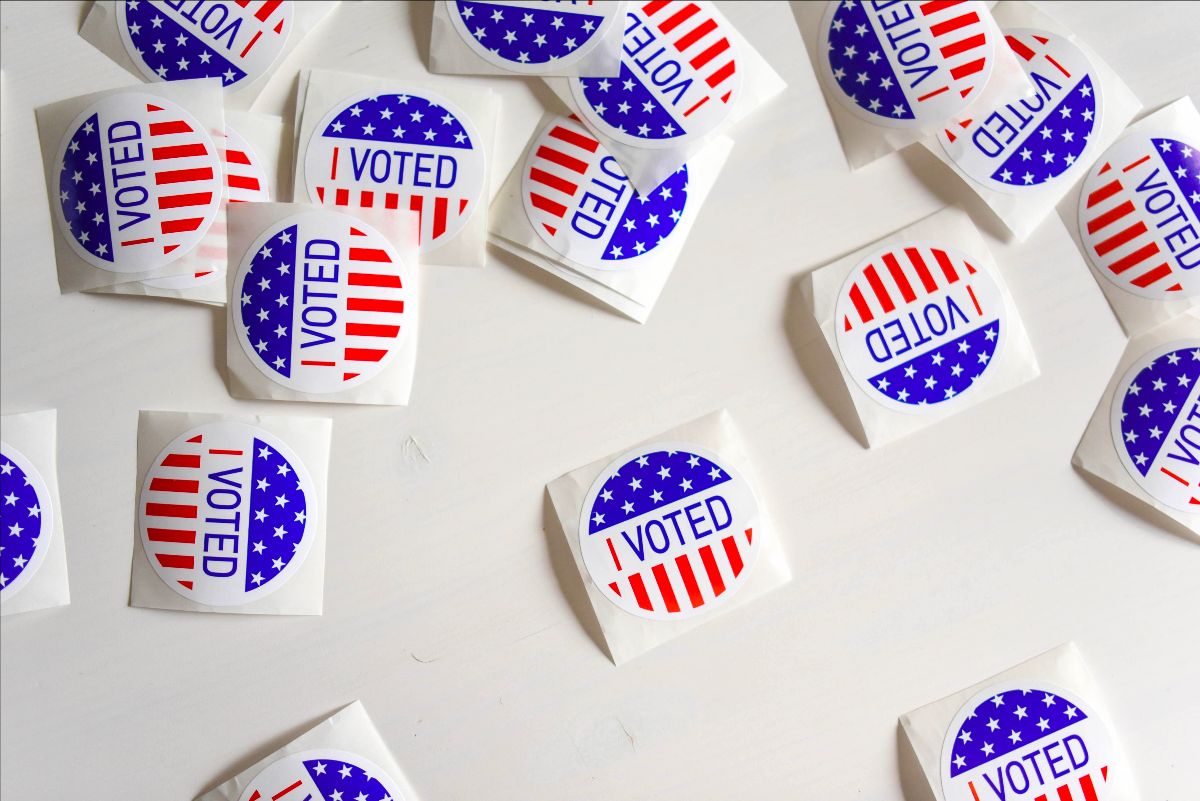 DeBeauvoir will be navigating everything from social distancing rules to post office monitoring to ensure the integrity of the November election.  DeBeauvoir expects to spend nearly $7 million in the effort to deliver a safe and smoothly functioning voting system this fall before the final tallies are announced.

In my South Texas hometown of Beeville, cigarettes and a six-pack will buy you plenty of votes. But that’s not voter impersonation. 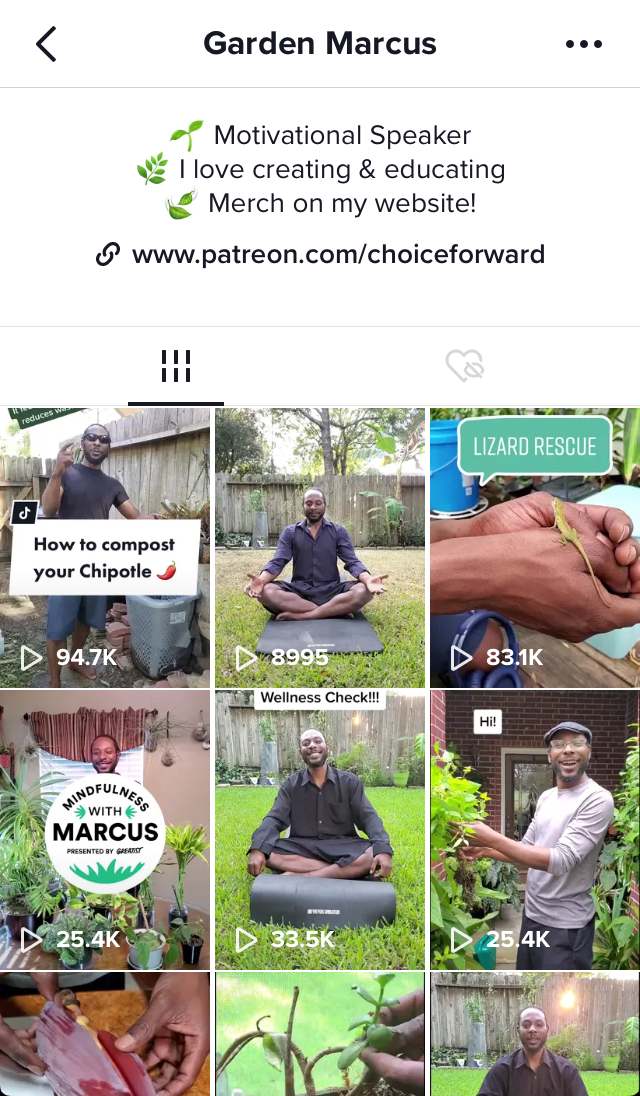 Oracle and Walmart seem to be winning control of the U.S. assets of China’s controversial TikTok app, but one Texas man, Marcus Bridgewater, has ignored the ownership debate and used the app to attract global media attention to his… backyard garden.

Bridgewater has amassed 653,000 TikTok followers who are avidly following his Texas gardening tips. Posting as “Garden Marcus,” Bridgewater, who lives in Spring, TX in Harris County, is one of several Black U.S. gardeners who have attracted global online followers in recent years.

One of his most popular postings has been a soothing chronicle of nurturing a sweet potato in a new spot, helping the plant flourish, and using the backyard green-thump odyssey to teach healing, compassion and simply slowing down. Bridgewater’s garden now features 600 plants and the now-familiar sound of his calming voice speaking to his favorite seedlings as he goes about their care and nurturing. 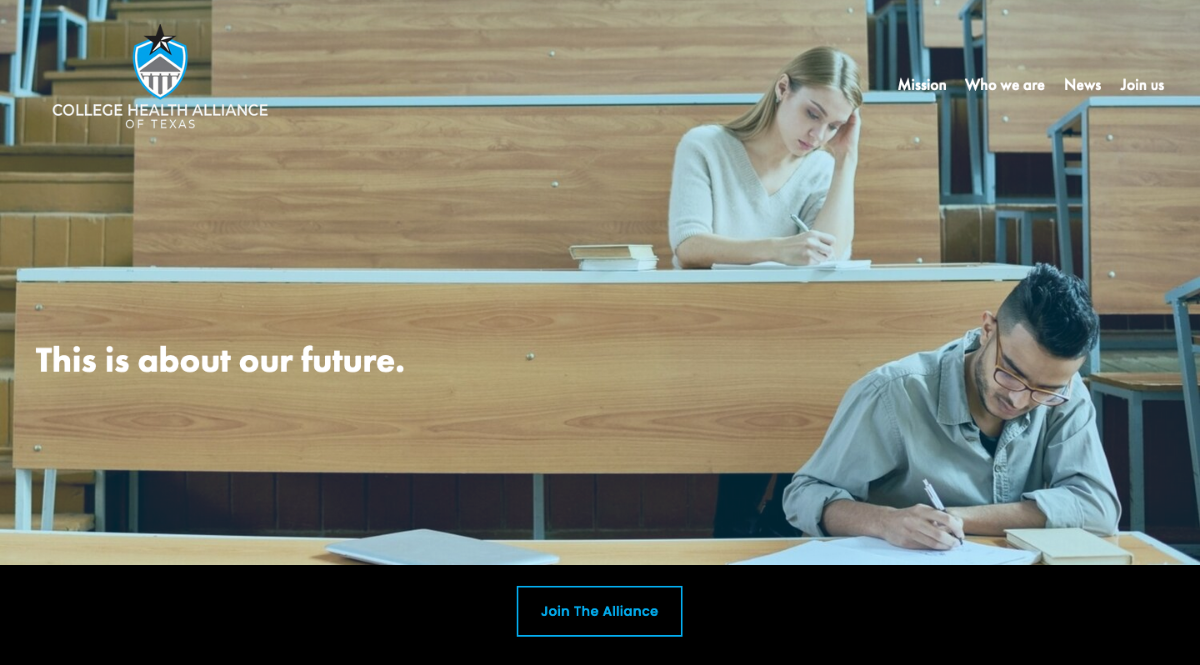 The global press were not kind this month to a blonde Texas Tech University student who posted a YouTube video of herself bragging about having COVID at a college party that was in progress and visible to her smartphone camera. Texas Tech, which is in Lubbock, has reported nearly 600 active cases of the virus. The university administration wasn’t happy about the incident and the young woman featured in the video has “resigned” from her sorority, Alpha Phi.

The university’s president, Lawrence Schovanec, used the episode to issue a stern warning to students who continued to host house parties while the virus was spreading across the campus. Wrote Schovanec: “Although our current number of active cases are about 1% of our university population, if this rise in positive cases continues, we are prepared to make significant adjustments to our plans. This move would go against everything we have worked so hard to provide in terms of an on-campus collegiate experience.”

The incident is why some shrewd Texas college student leaders foresaw the need to create College Health Alliance of Texas (CHAT), a student-run movement (and Crosswind client), of which Texas Tech Student Body Vice President of External Affairs Faisal Al-Hummond is a member. The group is trying to provide a deeper engagement among Texas college students with the necessary safety protocols needed to keep campuses safe during the pandemic, and  hopes that as their efforts gain visibility those protocols will become the norm among college students.

The recent sinking of a makeshift Texas Navy supporting the reelection of Donald Trump amused the global media, with coverage as far afield as China. These were the sunshine patriots who took to beer and their pleasure boats to parade their fealty to the current occupant of the White House. The makeshift fleet quickly encountered dark clouds and a Texas squall that swamped and sank a few of the frail vessels. Fifteen distress calls were received, but no one was mortally injured and the Travis County sheriffs (with a nimble local towing company in its posse) did most of the rescue.

Reminds us of a much earlier attempt by Sam Houston to fund and float a “Texian Navy” back in 1835, an idea that mostly floundered when the rebellion’s leadership declined to give it adequate funding priority.

In 1839, the new Republic of Texas did fund and order 180 new-fangled .36 caliber revolvers from inventor Samuel Colt for its new Navy. The guns eventually found their way into the hands and holsters of the Texas Rangers, giving the rangers the repeating fire power to finally put marauding Comanches on the run.