Zuckerberg can begin the end of our uncivil war 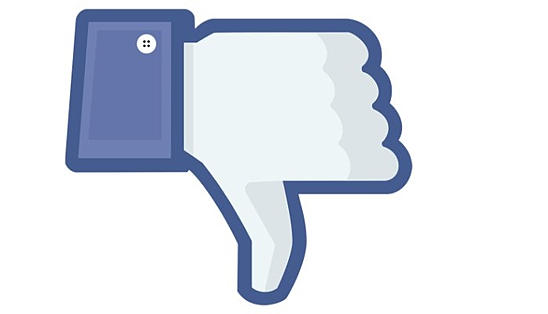 It is our opposable thumbs that help separate us from the animals, allowing us to pick up the tools we need to build great civilizations. But these days, I’m more worried about our digital thumbs, because they seem to give us a too-handy tool to damage social discourse and make us a little less civil.

And that’s why I’m hoping Facebook founder and CEO Mark Zuckerberg doesn’t bow to pressure to include a thumbs-down sign on his most social of social networks. Ever since Facebook initiated a “Like” option in 2007, some users have clamored for an equally easy way to “Dislike” a post or page, and Zuckerberg has hinted recently that they may get their wish.

I can sympathize with the desire for a Dislike button when I see a friend’s post about bad results from a medical test or read the link they shared about atrocities in Syria. I hesitate to hit “Like” because I don’t like the news they’ve shared, but I hesitate to move past the post without doing something to express my solidarity with them or their ideas. For me, the solution is to leave a comment of empathy or a “Like” to demonstrate my appreciation or interest in the item they’re sharing. I trust my social friends are savvy enough to understand I’m not “liking” their poor health diagnosis.

So, I sincerely hope Facebook doesn’t decide it needs to add a thumbs-down to offset its familiar thumbs-up icon. Zuckerberg has always said he feared a thumbs-down option would lead to too much negativity on the site, and the lack of a “dislike” option hasn’t seemed to hurt Facebook much on its meteoric rise from campus fad to worldwide network with more than a billion monthly users.

But Zuckerberg has seemingly softened his dislike of the dislike option in recent years and, in a live-streaming September Q&A session, he said Facebook is close to unveiling a less-than-positive-response button or buttons. “It’s important to give people more options than just ‘like,’” Zuckerberg said. “Not every moment is a good moment.

That non-announcement ignited a bit of a media firestorm, proving once again the interest in the issue — and Zuckerberg’s clout. Despite all the media coverage and the Internet rumors, Facebook has not revealed what any new “anti-like” option might look like. Speaking as someone who has spent most of his career helping people and organizations gain public trust, I’m holding out hope that Facebook will never include a thumbs-down symbol or anything close to it.

Social media is already crowded with forums for people to vent or share their highly charged opinions. A few bad reviews in Trip Advisor or Yelp can sink a restaurant or hotel. One-star Amazon ratings can doom a book. Other social media sites, such as Reddit, already have systems for quickly and easily expressing distaste or displeasure with a post.

But Facebook, it’s social. It’s sharing. Facebook is community, and community is caring. And I sure don’t think every public square should be a place for arguing. We’ve all seen how quickly online discussions can degenerate into name-calling and flame-throwing. That already happens on Facebook, even with its built-in, thumbs-up emphasis on the positive.

How much easier would it be to ignite a wildfire if you have a few thumbs-down icons to use for kindling? I fear it will be much simpler to click a thumbs-down button than to write a nasty comment — and the uncivil war will escalate.

Our public discourse is supercharged as it is, too often dividing our country between red and blue, rich and poor, black and white. This uncivil war should come to an end — and Facebook is one place where the end can begin.