Changing of the Guard in Texas Politics

Changing of the Guard in Texas Politics 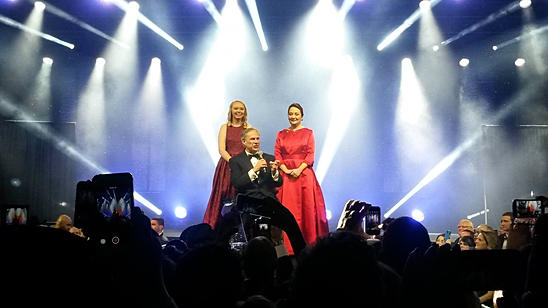 With the Inauguration of Governor Greg Abbott and Lieutenant Governor Dan Patrick this week, the 84th Texas legislative session can officially get underway. Legislators will not only have to learn the new governing styles of two very different executives, they will have to find a way to follow through on strong campaign promises to cut taxes while dealing with the reality of decreased revenue.

The collapse of oil prices, while good for the consumer, is bad for the Lone Star State. Many remember the 1980s, when declining oil prices crushed the Texas economy, leading to a sharp cut in state revenue for the state directly through decreased taxes on oil and gas operations and indirectly through lost jobs, wages and a banking crisis.

The good news is that Texas is much more diversified today. The population of the Lone Star state has risen from 15 million in 1982 to 26 million today. Oil and gas was almost 18 percent of the Texas economy in 1982. Today, even with the explosion of hydraulic fracturing, it’s only 5.5 percent.

But the budget will be tight. Comptroller Glenn Hegar has projected the legislature has $113 billion available for general revenue. That’s $12 billion more than two years ago. Conservative groups will argue that is adequate to meet state needs, while keeping up with inflation and population growth. Others, including state agencies which don’t feel they’ve been made whole after recession-era budget cuts, disagree.

What little increase in state spending is likely to happen is in transportation, as leaders, backed up by voter approval of Proposition 1, will dedicate more resources to roads. A trickle-down effect of this emphasis may hurt education, because a key priority of Abbott and Patrick is ending gas-tax diversions to schools. To fix the roads, they have to make the schools whole – or propose cuts.

This session will be extraordinary for the lack of social issues at the forefront of public debate. Last session’s abortion debate, which was the most high-profile clash, ended in a conservative triumph, and the chief opponent of the majority fell to an ignominious defeat in the gubernatorial race.

New issues will emerge, but Abbott and Patrick want to make a good first impression among conservative voters, and keeping their promise to cut taxes, provide modest increases in transportation spending, and avoiding serious cuts in education will limit the available real estate to maneuver on any major spending-related issues.