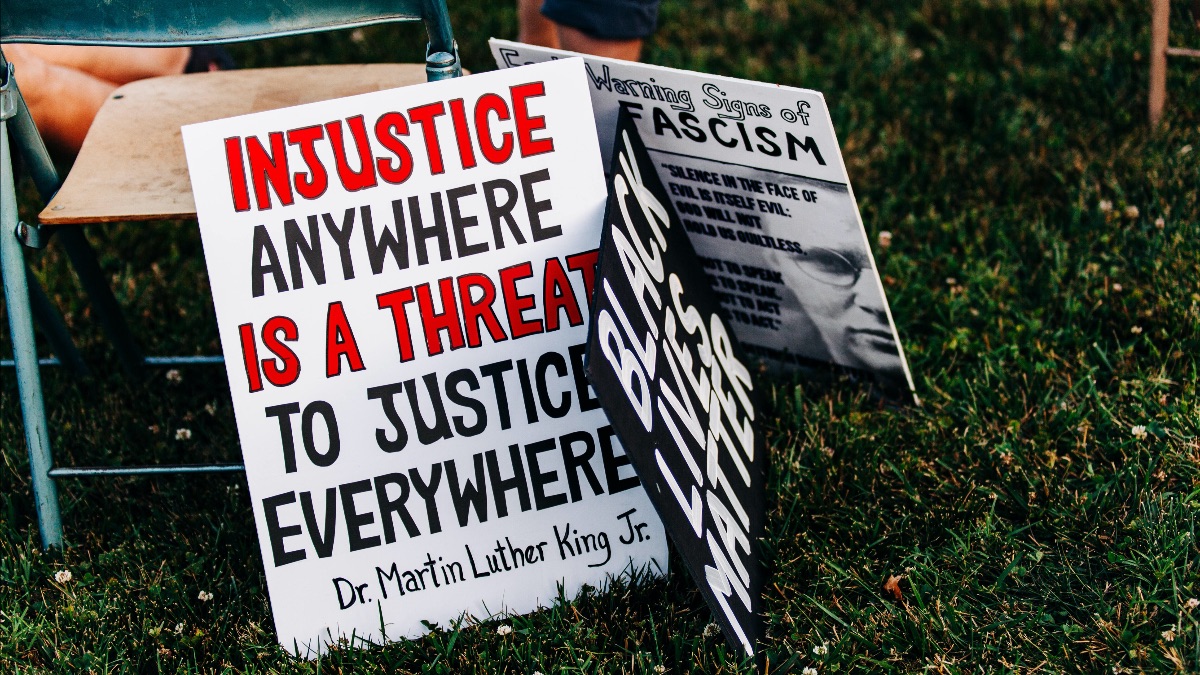 On June 19, 1865, General Gordon Granger signed General Order No. 3 granting the Union control of Texas and informing Texas citizens of the immediate emancipation of all slaves. Slaves had been legally free since the Emancipation Proclamation in January 1863 but Texas continued to enslave blacks despite surrender of the Confederacy at Appomattox Courthouse in April of 1865.

Commemoration of the June 19th date among black families in Texas clocks from at least that happy day in the 19th Century but now the rest of the nation seems to be joining in. Stories in Washington DC, New York State, Georgia, Indiana, even California, reported local celebrations.

Here in Texas, The Juneteenth Legacy Project of Texas just unveiled a 5,000-square-foot mural in Galveston, marking the very spot where this pivotal moment of our state’s history occurred. The mural, the work of Houston artist Reginald C. Adams, can be viewed near the corner of 22nd and Strand streets, the Old Galveston Square Building, once the Osterman building headquartering the occupying Union Army.

The vibrant mural is entitled “Absolute Equality”, alluding to the language of General Granger’s order, and it features scenes of Harriet Tubman, President Lincoln, General Granger and soldiers of the United States Colored Troops.

Samuel Collins III, Galveston native and cochairman of the Juneteenth Legacy Project, spoke to the New York Times about the mural: “This is more than just a mural — it’s more than just paint on the wall. I think this corner has been transformed into an outdoor classroom.”

The art includes scannable portions linking spectators to videos and information to learn more about the meaning behind the mural, inviting residents and visitors to consider the historic Texan land they inhabit. 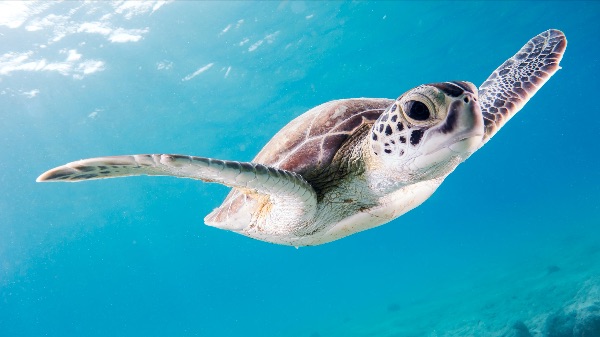 Said the editors: “Aquariums put us face to fin with aquatic life from the world’s oceans, lakes and waterways in a fun and educational setting. The best aquariums also play a vital role in animal conservation by taking part in rescue efforts and advocating for the environmental health of our oceans.”

The contest judges were particularly impressed with the aggressive focus of the Texas State Aquarium on the wildlife of the Gulf of Mexico and Caribbean Sea.  Crosswind has been working on marketing and communication programs with the aquarium since 2018.

The aquarium’s extraordinary conservation work with sea turtles stood out this  year. Sea turtles were stunned by the winter cold  snap  all along the northern rim of the Gulf and  many died. The aquarium’s Rescue operation, based  in Corpus Christi Bay, has released more  than 960 sea turtles back into the water this year.

The Center also recovered 24 adult Kemp’s Ridley sea turtles,  treated them for upwards of 100  days, and then gently eased them all  back in the sea.  The Kemp’s Ridley  turtles, a globally endangered  species, move annually from Cape  Cod in Massachusetts into the normally warmer waters of the Gulf.

Masks are off and Texas is open for business

For the 17th consecutive year, Texas was ranked as the best state for business by Chief Executive Magazine. Despite the obstacles (covid cases & February’s failed electricity grid being the most disastrous), we’ve proved once again, that its best not to mess with Texas.

Lower cost of living, land and lightened business regulations have convinced countless companies to make the move to the Lone Star State. The pandemic, however, may also have something to do with it.

Bloomberg.com named Austin the “biggest winner from the tech migration”, accrediting shift to the pandemic for “upending the idea that technology workers need to cluster around high-rent San Francisco or that finance workers need to do so in pricey New York.

Texas was also one of the first states to reduce COVID-19 regulations and end mask mandates, another potential pull. Governor Abbott told CNBC companies are “looking for a state that gives them the independence, the autonomy and the freedom to chart their own course.” 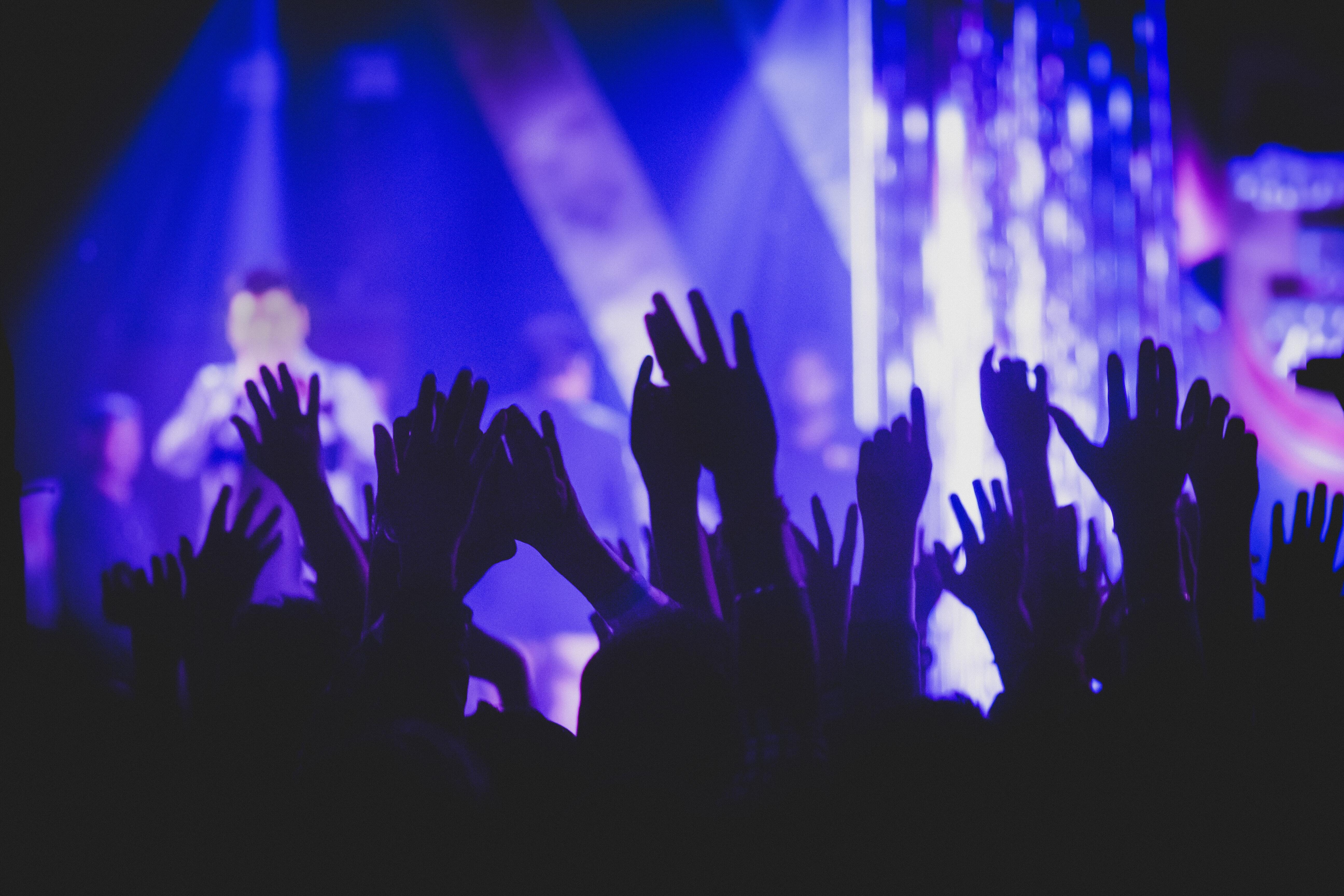 Live music was missed over the last year, whether you are a listener or a music maker. The downbeat stopped and two-steppers worldwide stood still as stadiums, arenas and even the smaller stages of bars and coffee shops closed their doors. Bar owners on Austin’s Sixth Street were boarding up their windows.
Could the Texas two-step and our favorite red dirt music stars survive the pandemic? Well, yes!

Rolling Stone discovered that stars like Miranda Lambert, Thomas Rhett and Midland have been performing live on stage at Billy Bob’s in Fort Worth ever since COVID-19 restrictions began to lift across Texas.

Miranda Lambert told Rolling Stone reporter Joseph Hudak: “I got the call about Billy Bob’s wanting to do a few nights and I didn’t even think twice. I’m ready to roll. I’m ready to play. I’m ready to come home and play.” Hudak, former managing editor of Country Weekly magazine, runs the Nashville office of Rolling Stone and is the dean of country music reporters.

If you find yourself at Billy Bob’s, be careful how you two-step. The famous honky-tonk is close by the ever-fragrant Ft. Worth stockyards and you might need to check what’s on your boot heels once you navigate back to your pick-up for the ride home.

These Texas piggies may not ever make it to market 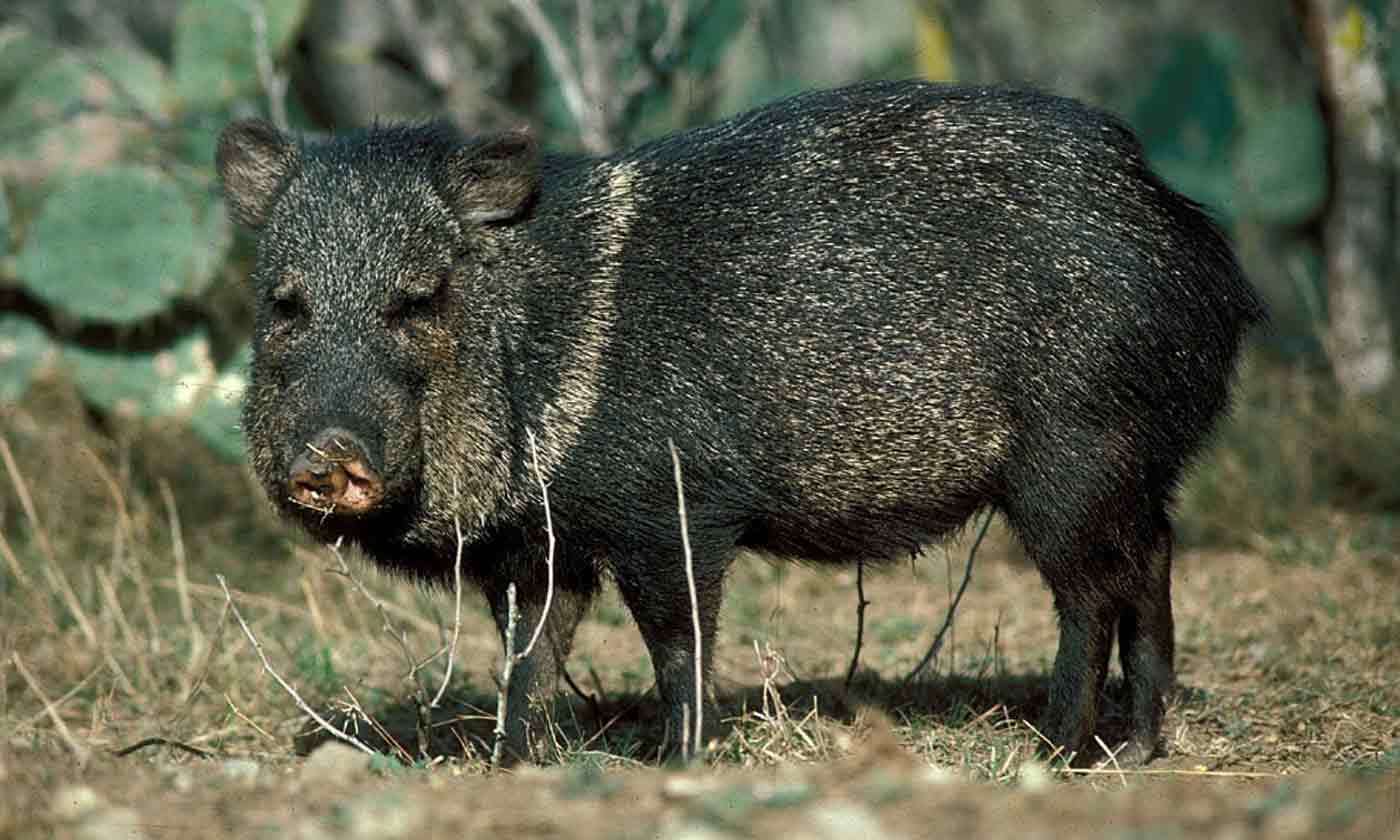 We spotted another bit of Texas-envy in a Los Angeles Times account of feral pigs in Texas.  With nearly 3 million wild hogs on the run inside our state, it’s open season year-round here on Texas feral pigs.  That population does millions of dollars in damage to land, crops and other wildlife.

In Texas, hog hunters need a regular hunting license, but no other special permit is required as they fan out across the countryside to take down the wild boar.

California also once permitted uninhibited hog hunts but has added in a wild-pig-tag fee.  Reported in the L.A. Times, the largest newspaper in California:  “Year-round hunting has curbed the population and created another Texas tradition – competitive hog hunts.”

Careful where you walk, of course.  Texas also doesn’t require the hunters to pick up the dead beastie and take its carcass to market or to a proper barbeque, although “wild boar” prices are up to 60 cents a pound.

Who isn’t moving to Texas? 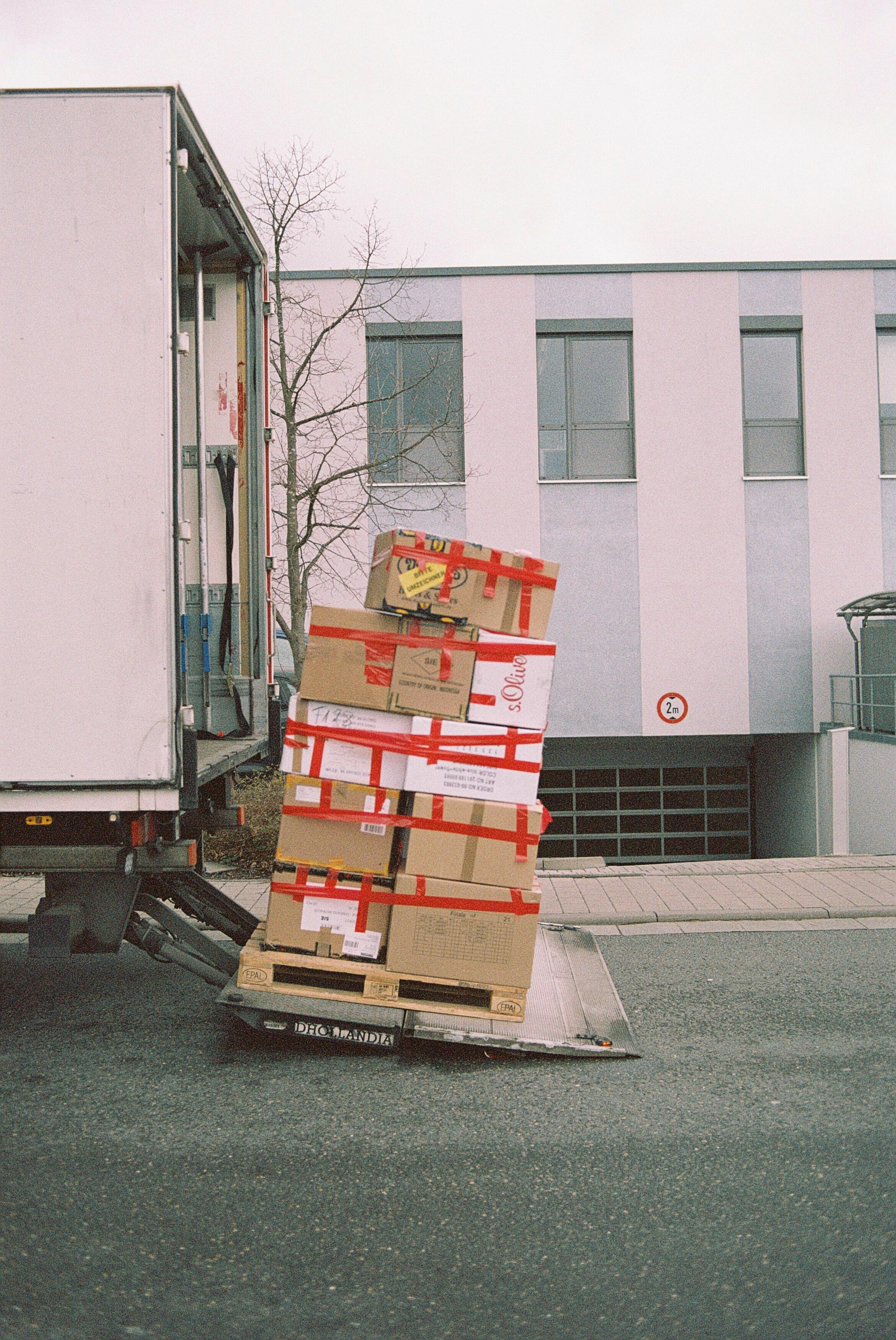 The Lone Star State attracted four million new residents over the past decade, but hidden in that shifting about is an actual stall in the nation’s overall population growth.

Growth means votes, of course, and Texas is now the second-most populous state in the union, adding two congressional seats. The Associated Press, however, reported some dismay among Hispanic groups that they have actually been undercounted.

The Republican party will have complete control over the redraw of the state’s congressional maps, which gives that party immediate advantage. California still leads in population over Texas by 10 million, and our Lone Star legislators won’t be completely happy until more of the new intellectual powerhouses in the state – the growing medical research center in College Station, for example, or the Army Futures Command in Austin – begin to generate jobs for residents.

But the population of Hispanics in Texas, who typically vote Democratic or blue, are growing fast. “It’s going to be harder and harder for the Texas Legislature to gerrymander advantageous congressional districts” for Republicans, William Fulton, director of the Kinder Institute for Urban Research at Rice University in Houston, told the AP. “Texas hasn’t flipped blue yet as a state, but the blue population centers are growing really fast.

While political shifts in the Lone Star State are undeniable, not all lean left. In McAllen — a border city with an 85% Hispanic population and track record as a democratic strong hold—the recent election of Republican mayoral candidate Javier Villalobos sparked conversation across the nation.

Reid Epstein, a campaign and election reporter out of Washington, D.C., examined the close mayoral race in a New York Times article, detailing Texas Republicans’ theories of “a larger political realignment of Hispanic voters that revealed itself in the 2020 election.”

Former Governor Rick Perry, who endorsed Villalobos’s campaign and celebrated his victory, has long denied the possibility of Texas becoming a blue state due to the rising Hispanic population. In a 2012 Texas Tribune article chronicling a discussion between Perry and Peter Robinson of Uncommon Knowledge, the former governor vocalized his confidence in minorities supporting Republican candidates: “When you delve into the character of Hispanics in Texas, these individuals are incredibly patriotic. When we look at the young men and women serving our country, we see a substantial number of Hispanics. You see people with strong familial ties and values of the Catholic church that are very much in line with the values of the Republican Party.”

The eyes of Texas are already on next year’s governor’s race and possible challengers to incumbent Greg Abbott. GOP state senator Don Huffines has already announced, and most pundits, including the editors of US News & World Report, assume the peripatetic Ramblin’ Beto O’Rourke will tune up his aging Dodge Grand Caravan and consider the race.

But eyes outside Texas are mostly on actor Matthew McConaughey who has teased but not confirmed that he will run against Governor Abbott. Mimi Swartz, executive editor of Texas Monthly, wrote a piece in the New York Times initially opposed to the very idea of a Governor Bongo (McConaughey was arrested, stoned and nude, for “an exuberant session of bongo drumming in the wee hours” which he details with some hilarity and somberness in his best-selling biography, Greenlights.). She remembers how confusion in Democratic ranks when Kinky Friedman ran in 2006 helped elect Rick Perry.

But the poll numbers Mimi is seeing in support of the actor may be changing her mind – despite the fact that the bongo man doesn’t vote much himself as revealed in an investigation of his sorry primary voting record by the Texas Tribune. 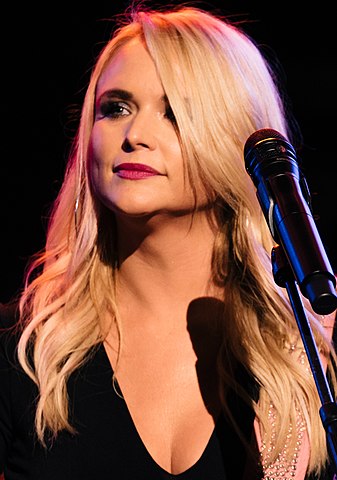 Country singer Miranda Lambert has opened a new Tex-Mex cantina, Casa Rosa, on Broadway in Nashville, bringing Texas-style tacos and tequila to that Music City that often seems to have more Texans in residence than Tennesseans. The opening was quickly burning up the internet after her supportive husband posted an adoring note on Instagram.

Miranda is from Longview, Texas and was raised in Lindale. Her father is a former Dallas police officer who played in his own country-rock band called Contraband in the 1970s. Both of her parents later became private investigators and started a faith-based ministry that sheltered victims of domestic violence.  While still in high school, Miranda made her professional singing debut with “The Texas Pride Band.”

Til next time, keep your Texas pride.