A number of media outlets (The Texas Tribune, the Texas Observer and Texas Monthly) do an adequate, occasionally extraordinary job, of aggregating the most important state news for readers. We follow it all, including the state’s leading network affiliates, its metropolitan newspapers and quite a few of its scrappy local newspapers.

What we intend with this occasional Branding Texas report is to keep an eye on the Lone Star State’s reputation outside its borders – catching and alerting you to how Texas is perceived and positioned in media and among influencers outside the state and noting, too, what happens “out there” that may be coming here where we live … inside the Lone Star State we love.

While on the subject of Texas media, here’s one to watch: The 19th is a new nonprofit news organization that focuses on how women shape and view news and policy. NPR’s Sarah McCammon speaks with co-founder Emily Ramshaw, formerly of the Texas Tribune. Emily’s a friend whom I admire greatly and one who is sure to succeed on the national stage.

We hope you find our periodic reports useful. 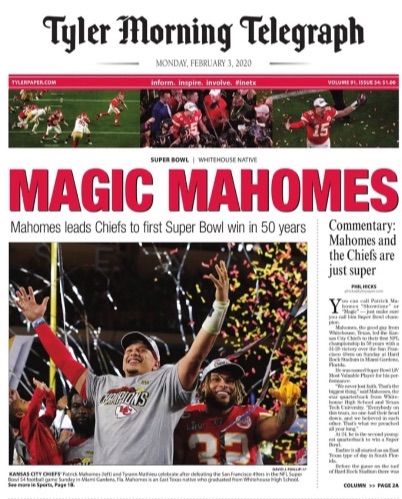 While most national media point to Tyler as the home of native Texan and Texas Tech alumni Patrick Mahomes, whose fourth-quarter exploits led the Kansas City Chiefs to its first Super Bowl victory in 50 years, he’s actually from a small town near Tyler.

Whitehouse, Texas is a burgeoning metropolis of some 7,600 residents and whose chamber of commerce executive has turned the Whitehouse Wildcats into the Whitehouse Chiefs to take full advantage of the city’s now most well-known son. As a senior at Whitehouse High School, Mahomes played football, baseball and basketball. In football, he had 4,619 passing yards, 50 passing touchdowns, 948 rushing yards and 15 rushing touchdowns as a senior. In baseball, he threw a no-hitter with 16 strikeouts in a game his senior year.

It all seems fitting since the Chiefs-formerly-known-as-Texans used to be based in Dallas. Mahomes is the second-youngest starting quarterback to lead a Super Bowl victory. Well done, Patrick!

An aside on the subject of media: The Tyler Telegraph, smart to claim young Patrick as their own, celebrated with the front page above; sadly, the hometown Whitehouse newspaper ceased publication a couple of years ago and its Twitter feed lies dormant. 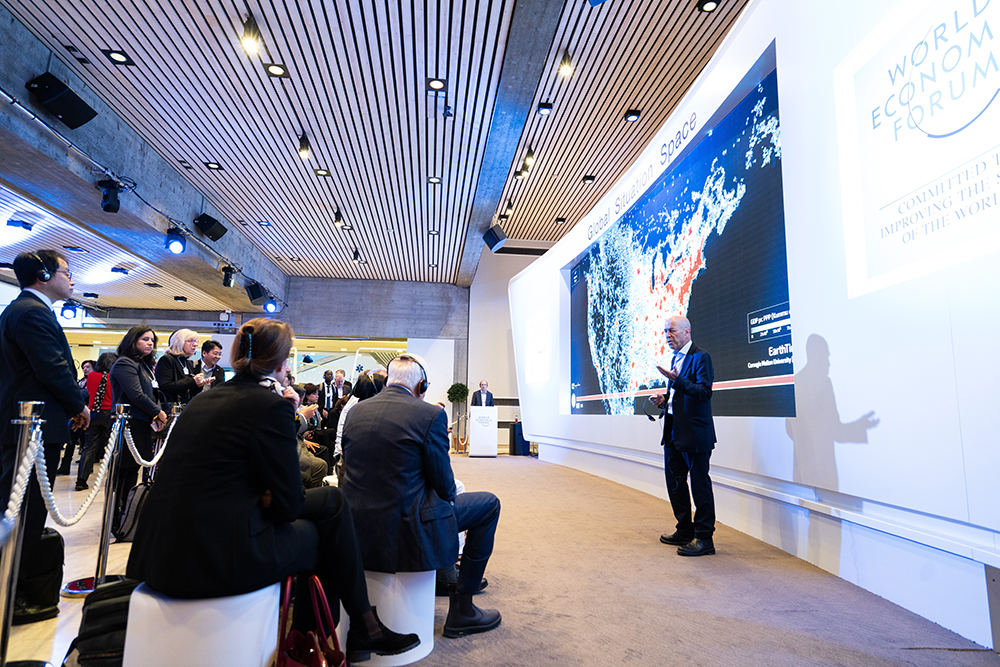 ABBOTT AND TRUMP IN DAVOS

Texas Governor Greg Abbott and President Donald Trump were captured in a warm embrace and light conversation in Davos, Switzerland, where both were attending the 2020 edition of the World Economic Forum. Abbott was there to dazzle other national political and economic leaders with the continuing success of the Texas economy. Tweeted our energetic governor: “At an early meeting of world energy leaders @wef in @Davos I explained that if Texas was its own country we’d be the 4th largest producer of oil in the world. Texas succeeds because our focus is on free markets & innovation. We also lead America in wind power generation.”

President Trump offered the Governor a ride home on Air Force One, but Abbott declined because he had two more days of work and meetings scheduled before heading home. “We’ve got more deals to do,” Abbott told the President.

Governor Abbott, who is also by that office the de facto head of the Republican Party in Texas, was interviewed on Fox during his visit to the WEF, during which he was asked whether the surging migration of tech-savvy, left-leaning Californians to Texas would build a Democratic tide inside his “red” state. Said Abbott to Fox host Stuart Varney: “First, my job every single day is to wake up and make sure that does not happen,” Abbott said. “They need to remember exactly why they’re fleeing California … why they’re fleeing Illinois … why they’re fleeing New Jersey and New York and these other states. Do not bring with you the thing that’s causing you to flee those states. Come to the land of freedom. Texas is the last bastion of opportunity. Don’t blow it when you come here.” 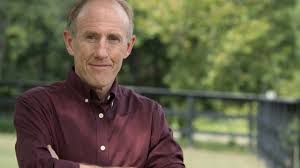 The Atlantic last week logged the sharp rebuke the Republicans gave to aspiring Texas Democrats when GOP candidate Gary Gates won a Houston congressional race by 16 points – despite a maximum effort by national Democrats to pour aid into the campaign of the Democratic contender, Eliz Markowitz.

Markowitz had scored loud endorsements from Michael Bloomberg, Elizabeth Warren and Joe Biden – all to no avail. The peripatetic political wanderer Robert Francis “Beto” O’Rourke ran around the Houston district too, knocking on the doors of the affluent, but still unable to bring his pal Eliz to victory.

Meanwhile Gates, a local real estate developer, sank over $1.5 million of his own money into his winning campaign.