Originally published by the Austin American-Statesman.

There’s a famous quote, attributed to everyone, as most things are now in the Internet age: “I don’t care what they write about me, just spell my name right.”

Well the best one can say about the History Channel’s “Texas Rising” is that they spelled Texas right. 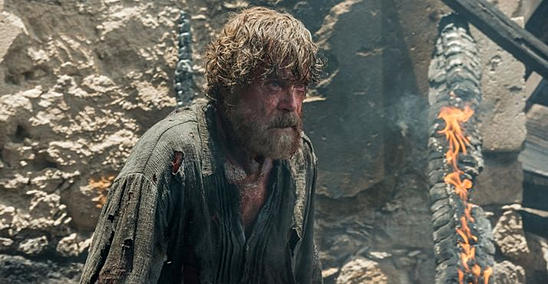 I guess one shouldn’t expect much from the network of “Monster Quest,” “Swamp People” and “Ancient Aliens.” But this is Texas. Our history, like our football, is a religion. Maybe someone from Vermont wouldn’t notice if the History Channel missed the mark, but here, we’re indoctrinated in seventh grade with the glorious story of the Texas Revolution — and we know.

That’s not to say that the seventh grade version is perfect. Tejano patriots were — when I took it in the 1980s — grievously underrepresented. But even in that politically incorrect era, we knew that there were more than two of them in the whole Texas Army. That’s better than History’s version.

The main problem with the show is that the producers thought “Texas” and decided it must be a Western. But this was the 1830s, not the 1870s. There were no saloons with glass windows; Texans of the time lived in log cabins. The Indians mostly didn’t have a play in the Texas Revolution, but here are the Karankawas — coastal natives who rode canoes, not ponies — in all of the stereotypical plains Indian glory, buffalo horns and all.

The scenery, of course was ludicrous. Gonzales is depicted on the side of a sheer cliff. Maybe rather than a flag that read “Come and Take It” the Texans could have unfurled a banner with the phrase “Come and Climb It.” Houston’s Army, which is supposedly using the precious time after the Alamo to train for the final confrontation, is sitting around like it’s a picnic. Well, a picnic that has a hospital full of wounded from a battle that hasn’t happened yet.

Most ludicrously, there was the bar shootout scene stolen from every Western ever made, including Star Wars. But this was 1836. You couldn’t draw pistols and slug it out Old West-style with flintlocks because there’s a half-second gap between firing and discharge. History, however, couldn’t help itself and pulled the trigger on all the clichés. The truth, bleeding and staggering like a Mel Brooks hero, fell and died in the dust.

Perhaps the most humorous irony of this show is the placing of actor Brendan Fraser in a bit role. After all, Fraser himself is a veteran of a movie that one could easily call more historically accurate than “Texas Rising.” That movie was called “The Mummy.

We can all laugh at this. You have to. It was, at some level, entertaining. And maybe, just maybe, a non-Texan might see it and get the very basic point that Texans fought a revolution against a pretty terrible dictator, won our freedom, and that Houston, Austin, Seguin and a few other guys were real people who really lived, and to whom we are truly indebted. Maybe that viewer will even pick up a book and read what really happened. If so, then maybe there is a silver lining in this ludicrous farce. If only people still read books.

Bernsen is vice president of Crosswind Media & Public Relations in Austin and an amateur historian.